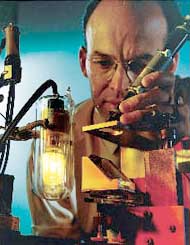 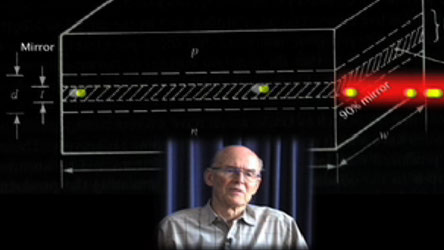 Robert Noel Hall is one of the most significant pioneers in the late 20th century at the General Electric Company. His exceptional work has resulted in improvements in an innumerable amount of devices.

"Bob" Hall was born in New Haven, Connecticut on December 25, 1919. Hall earned a B.S. in Physics at CalTech in 1942 and a Ph.D. in physics at CalTech in 1948. He then returned to the General Electric Research and Development Center in Schenectady, New York, where he had worked during WorldWar II on continuous wave magnetrons to jam enemy radar.

His basic rectifier structure, with silicon replacing the germanium, is used today for AC-to-DC power conversion in electric locomotives and high voltage direct current electrical transmission. Learn more about the SCR and semiconductor devices on our page here > 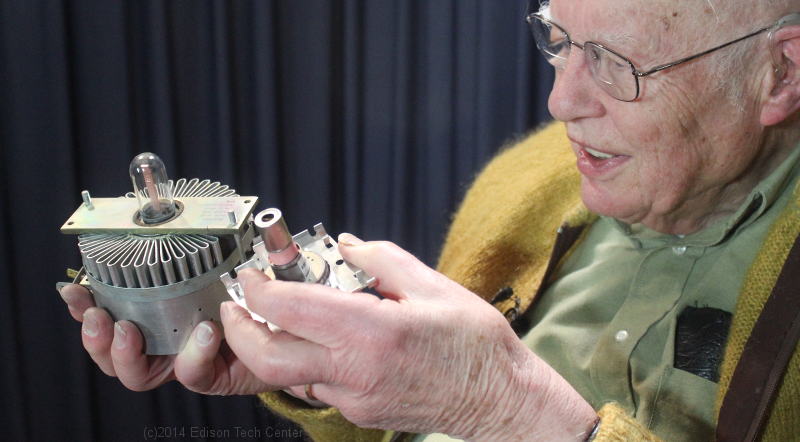 In 1962 Hall invented the semiconductor injection laser, a device now used in all compact disk players and laser printers, and most optical fiber communications systems.
Read more in detail about his diode laser here.

During the 1970s energy crisis Hall worked on photovoltaics.

Dr. Hall retired from GE in 1989 but still lives in the town of Niskayuna, Schenectady County, NY, not far from what is now called GE Global Research.


The Edison Tech Center interviewed Dr. Hall in 2008 about various subjects, here are some excerpts:

The Semiconductor Laser, how it works:

The Diode Laser (interview by GE)