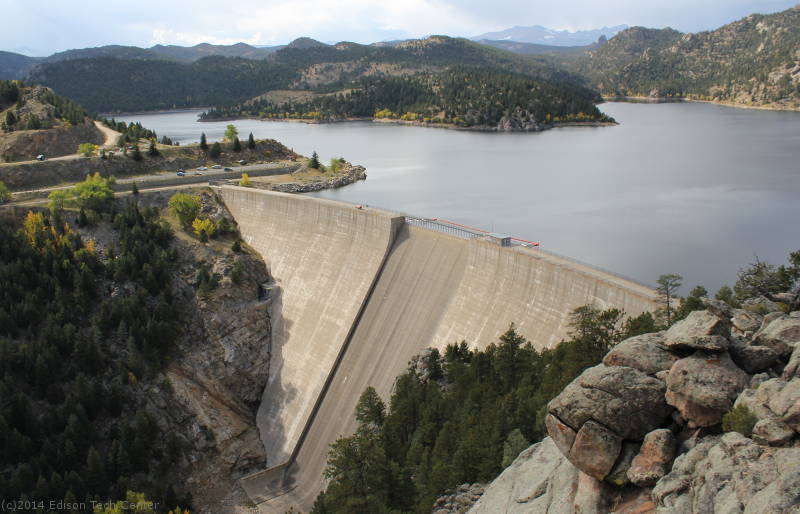 Before electric power, factories and urban development were mainly found in places which had falling or moving water, this power was turned directly into mechanical motion used to do various jobs.  The first places to be electrified were factories and industry already located along rivers/streams.  Steam engines also powered early generators but hydro power was the most cost effective as one did not need to feed boilers to keep it going and purchase coal/wood. 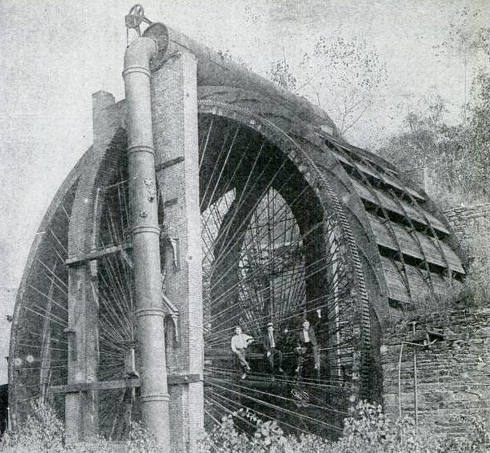 The term 'hydro power' doesn't necessarily mean electric power. Above: This wheel was the Burden Water Wheel used to power the Burden Iron Works in Troy, NY. It was a revolutionary new design which captured more power (300-1200 horsepower) than any wheel before. It is an "overshot" water wheel and was used 1851-1890s. Electric power replaced this 60 ft monster. It was also the inspiration for the Ferris Wheel as the inventor George Washington Gale Ferris Jr. when to Rensselaer Polytechnic Institute only a few miles from this wheel in the 1870s. The overshot water wheel was better than previous designs however the age of the turbine would render all of these designs obsolete.


Lester Allen Pelton developed an impulse type water turbine in the 1870s. This design allowed one to extract the power of not just falling, but moving water.  In early times water was diverted into a flume which emptied on top of a water wheel, using the water's dead weight falling to turn it.  This method didn't take advantage of the momentum already found in a moving stream. Pelton's wheels powered some of the earliest electric power stations and the name carries on until today with much more advanced and efficient products. 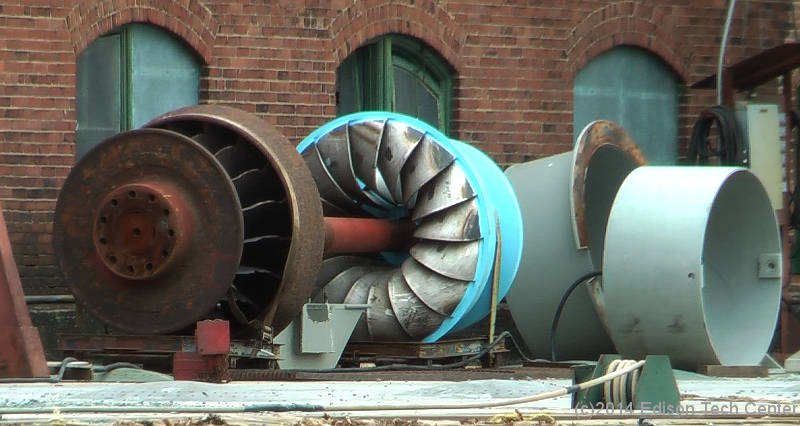 Above: a Pelton Water Turbine used at Mechanicville Power Plant (1897). Pelton water turbines were used with all the landmark hydropower generation stations built by Westinghouse and General Electric in the early days of AC power.