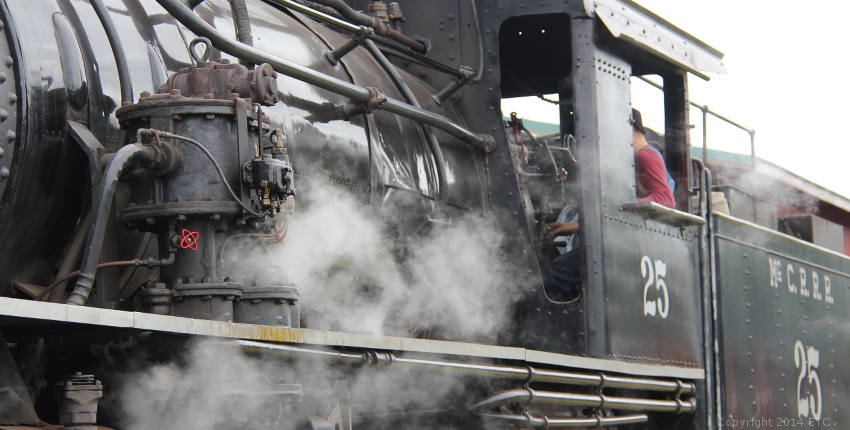 
There are basically two kinds of steam engines, the reciprocating engine, and the steam turbine. The reciprocating engine works on steam or internal combustion (diesel/gasoline) creating pressure and pushing a piston.  The steam turbine is used mainly for making electric power and uses pressure against blades on a rotor, it is more efficient than a piston engine but was not used for locomotives. 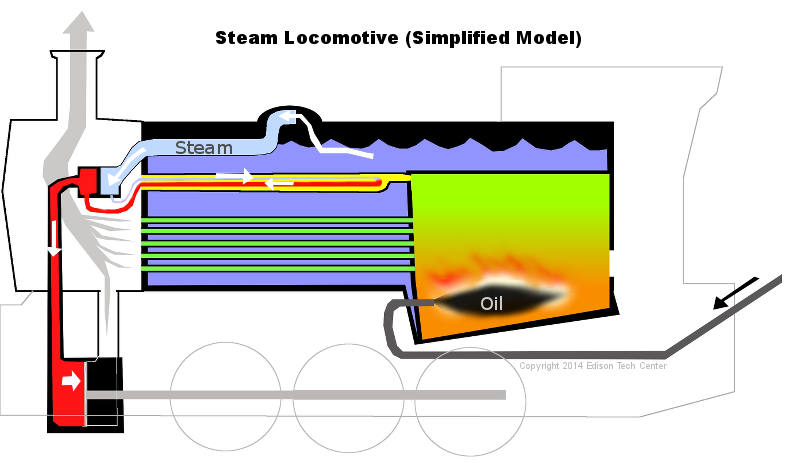 When water and air are heated steam is created, steam expands and therefore creates pressure when inside a vessel.  The steam is channeled into the piston and pushes the piston back, this has a link to the wheels and creates forward or backward motion. 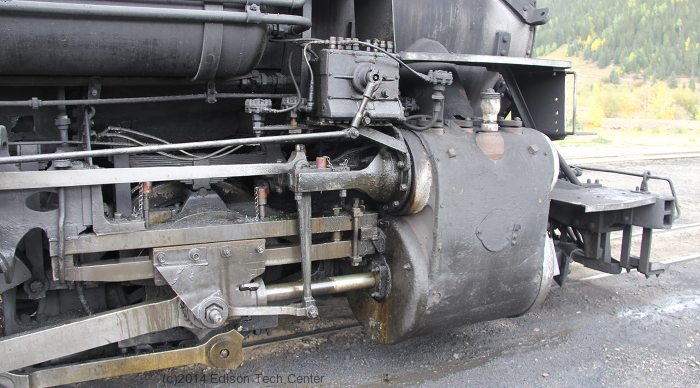 Linkages are controlled by the 'engineer' of the train.  They can control backwards / forwards motion, speed and brakes. The Fireman sits to the left of the 'engineer' in the cab of the locomotive, he/she controls the intake of fuel, temperature, steam/water, and pressure levels. See the jobs of the operators in action in our video lower on this page.


Below: Durango and Silverton Railroad getting ready to leave the station 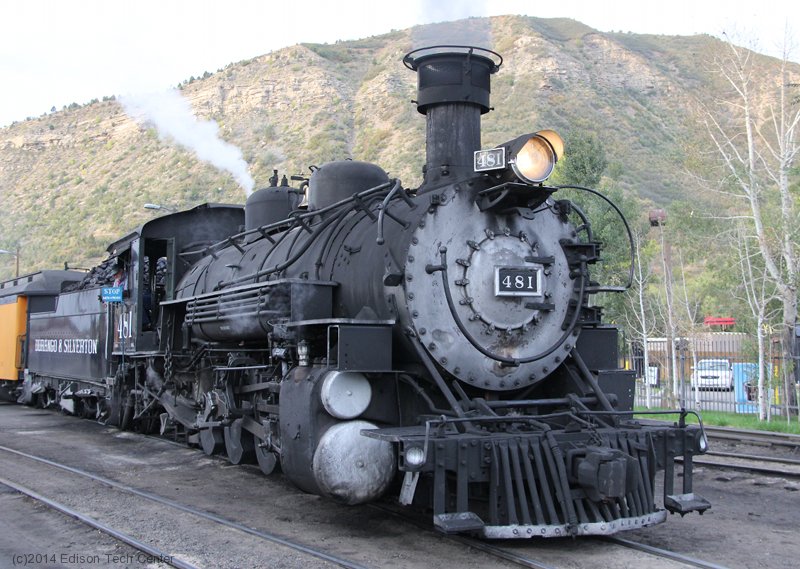 Below: Learn how a steam locomotive is operated and how it works in our video of the Oregon Coast Scenic Railroad

The ASME (American Society of Mechanical Engineers) was founded in 1800 in order to help set regulations for building steam engines as well as help educate designers of engines so that the overall level of understanding in all mechanical engineers was of a certain standard.

Designers of steam engines were talented but lacked a well rounded education on physics and materials issues.  Steam engines were blowing up and killing many people and this is what drove the need for better engineering.  The pressure of steam on boilers and their pipes, and the effect of heat on steel are both extremely difficult concepts of physics.  With a background in physics and materials science mechanical engineers could then design lighter machines that were sturdy and heavy in all the needed places, able to handle a rated load and higher, while also saving material and energy by using less raw materials on other parts of the machine.  The improvements in design coincided with improvements in materials engineering, in this case better steels which could be made into thinner parts and yet handle higher pressures. 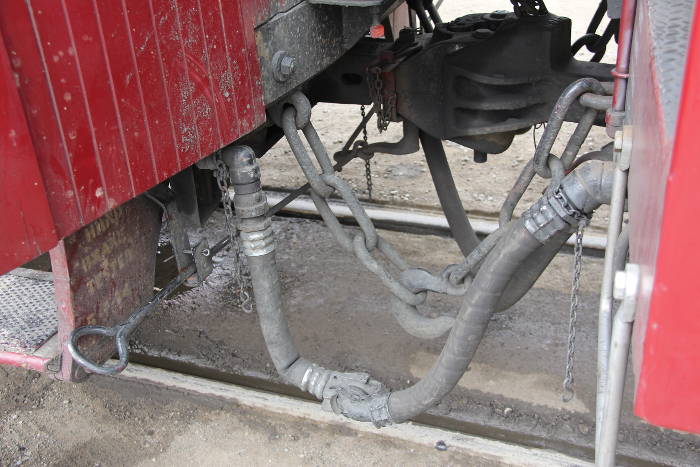 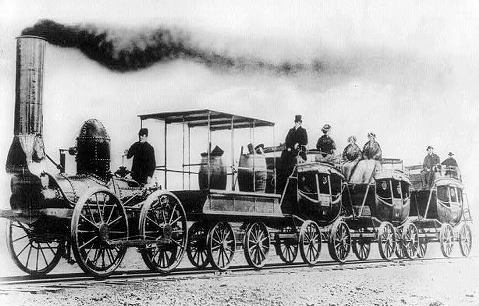 
Piston steam engines were first developed in the 1720s however it wasn't until the first decades of the 1800s that the steam engine was mounted on a car and designed specifically for use in hauling goods and people.  The DeWitt Clinton (pictured above) was one of the first locomotives in North America.  It offered passenger service between Schenectady and Albany, New York as a way to bypass the slow locks of the Erie Canal at Cohoes Falls area.  A replica of the train can be seen at the Henry Ford Museum.

Later on the American Locomotive Company (ALCO) emerged as a conglomeration of many smaller locomotive manufacturers. The massive plant at Schenectady, NY produced some of the largest locomotives in history.

You can read more about the history of steam trains HERE

Below: The Cumbres and Toltec Scenic Railroad rides between Colorado and New Mexico

Related Topics:
Feel free to contact us if you see things that need to be updated on this page.