There are many ways to store data, click on the links to learn more about each type:


Magnetic Memory:
This type of storage uses a changeable magnetic polarity stored in a material to indicate a '1' or '0'.
Hard Disk Drives 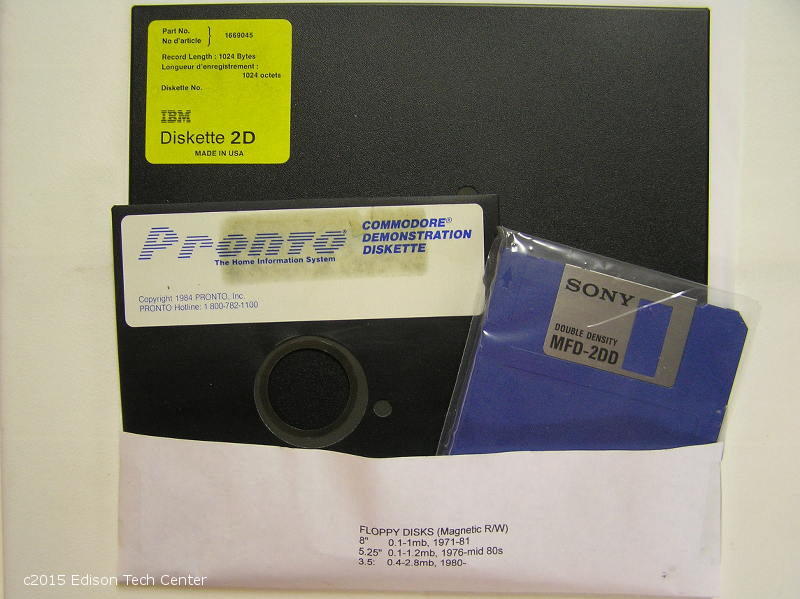 Mechanical:
From the 1930s until the 60s computers could store data in a 'mechanical' way. Parts of the computer could be physically shaped to that of a mathematic formula. Not only could memory of equations take on physical moving parts to help process, but punch cards could store data in the form of thin cardboard cards or paper reels. This data could be read later on when a person fed the punchcards back into the system. A player piano is a good example of physical memory, the data is stored in holes arranged on a roll of paper. Record players contain encoded data in the physical grooves, one could theoretically build a computer using many records and switches to run programs and compute. An interesting early mechanical computer to study is the Turing Machine.
We talk about mechanical computers in our documentary on Control Engineer Harold Chestnut, his early computers were used in the B-29 bomber in the 1940s. Computers controlled gun turrets and could calculate the trajectory of attacking planes (using radar) and bullets fired from the bomber. Small mechanical computers the size of suitcases could improve a gunner's accuracy.