Dr. Giaever has advanced the field of physics in the area of superconductors, thin films, and biophysics.

Ivar Giaever was born in Bergen, Norway, April 5, 1929, the second of three children. He grew up in Toten where his father was a pharmacist. He was graduated from the Norwegian Institute of Technology in 1952 with a degree in mechanical engineering. In 1953, Giaever completed his military duty as a corporal in the Norwegian Army, and thereafter he was employed for a year as a patent examiner for the Norwegian Government.

From 1958 to 1969 Dr. Giaever worked in the fields of thin films, tunneling and superconductivity. In 1965 he was awarded the Oliver E. Buckley Prize for some pioneering work combining tunneling and superconductivity. In 1969 he received a Guggenheim Fellowship and thereupon spent one year in Cambridge, England studying biophysics. Since returning to the Research and Development Center in 1970, Dr. Giaever has spent most of his effort studying the behavior of protein molecules at solid surfaces. In recognition of his work he was elected a Coolidge fellow at General Electric in May, 1973.

While working as a physicist at the R&D Center in Niskayuna in 1960, four years before earning his doctorate, Ivar Giaever conceived the idea of using electron tunneling to measure the energy gap in a superconductor. This technique, disclosed in a pathbreaking paper, both provided a new method for studying superconductivity and opened the possibility of a new class of electronic devices. The importance of the work was highlighted by the award of a 1973 Nobel Prize, shared with Leo Esaki and Brian D. Josephson.

"The Nobel Prize is the highest honor that a scientist can receive, and we are delighted that the Nobel Committee has this year recognized Dr. Giaever's outstanding contributions to the study of phenomena that occur at temperatures near absolute zero," said Dr. Arthur M. Bueche, GE vice president for research and development. "The only other GE scientist to receive a Nobel Prize was the late Dr. Irving Langmuir, who won the award for chemistry in 1932," Dr. Bueche pointed out. GE Chairman of the Board Reginald H. Jones said that it was highly appropriate that today, October 23rd, 1973, was the 100th birthday of one of GE’s greatest scientists, Dr. William D. Coolidge, who also lived in Niskayuna. 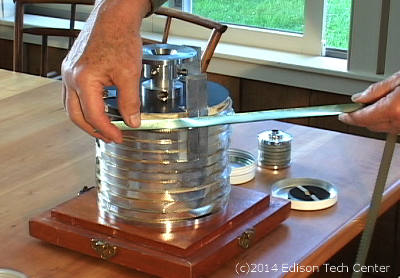