Daniel McFarlan Moore was one of the early innovators of the electric light. His work on the 'Moore Light' and research papers set the technical foundation for later creation of fluorescent lighting, mercury arc lamps, and cold cathode neon tube lighting. His new "vacuum tube" lighting caught the interest and imagination of the public in the 1890s and prepared people for what was to come. 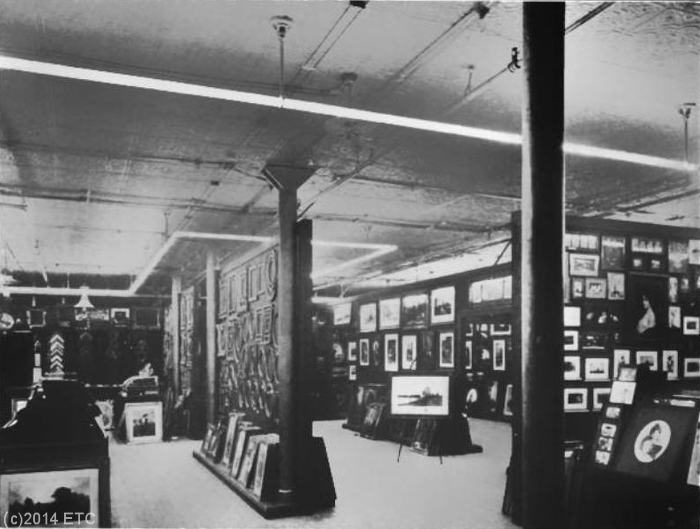 Above: The futuristic looking Moore Tube in a gallery in 1906. The obvious problem with this system was that it was not modular and flexible to interior spaces and changing needs.

"Lighting will simply be a matter of glass plumbing!" - D. M. Moore

The Moore Light continued to gain fame. In 1898 during an electrical show at Madison Square Garden Moore lit a whole chapel. It was entitled the "Moore Chapel" and was described by papers as being "lighted with vacuum tubes". Moore toured the country putting on displays and raising capital.
Daniel's personality was almost "bubbly". He had a great enthusiasm for his work and his personality contrasted with the negative 'doubtful' nature of Edison at the time. Moore's personality was sometimes a problem as his overly positive nature could also be confused with that of a charlatan. Time proved his claims correct as his understanding of physics and engineering was solid.

The Moore Tube was a relatively simple device by design. It was described by the "Illuminating Engineer" as:

"it consists essentially of a glass tube having electrodes at opposite ends and containing ordinary air highly rarified. With the continuous passage of an electric current, however the air becomes gradually more rarified on account of electrolytic action of the gasses in contact with the electrodes. This increases the rarefaction, and is as well known, beyond a certain density any further rarefaction increases the electrical resistance. Provision must therefore, be made for maintaining this resistance at a practically uniform point, in other words, of admitting air to the tube in extremely minute qualities and at regular intervals so as to maintain a constant pressure of the enclosed air."

Maintaining precise pressure while letting just enough air in was the principal challenge. Moore overcame this by inventing a check valve which was almost frictionless and indestructible. He made it so sensitive it could detect 1/40,000th of an atmosphere difference. He used a component that had mercury in a glass tube, a solenoid and carbon cone.

The Moore Light produced a color "warm and mellow hue with a slightly rose-colored tint". It was more pleasant than Cooper's mercury vapor lamp (the two lamps were competing for the industrial and commercial application market). Moore sometimes added other gases to the tube if the client preferred a different color. Efficiency was a key drive for the lamp so most clients preferred this standard warm look. Creating a more true 'daylight' white made for a less efficient light in his design. 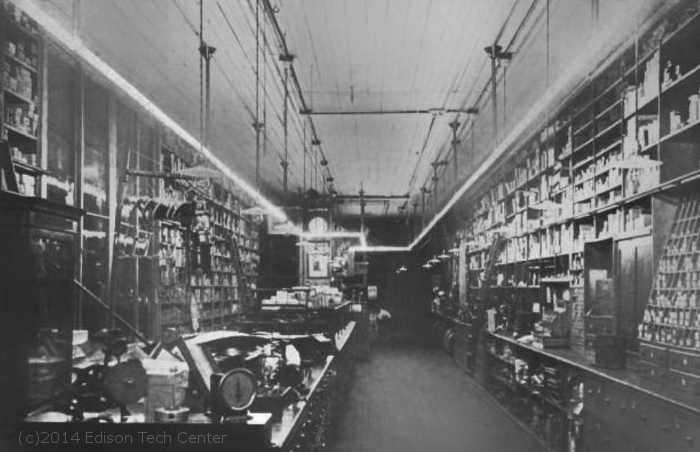 
1916: Moore develops a modified form of his Moore Tube which uses a mix of both carbon dioxide and neon. The color of the light was described as "The color of the light of which is exactly the same as that of the best quality of daylight". The Moore Lamps saw continued use in the textile industry where color temperature was very important. The lamps could not compete on the grounds of efficiency any more however.

Daniel McFarlan Moore met a premature death when he was shot by a disgruntled rival inventor in 1936.

Fellow of American Institute of Electrical Engineers
Chairman and member of the Illuminating Engineering Society
New York Electrical Society
American Association for the Advancement of Science
Society of the War of 1812
Sons of the American Revolution
Presbyterian Church
Republican Party
Click on the image below to learn about how Fluoresent lighting works. 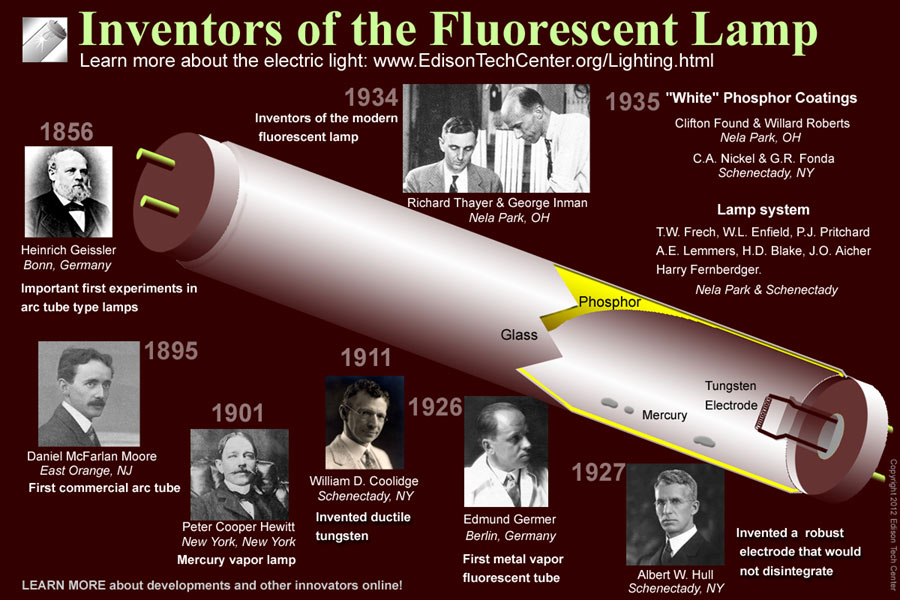