Thyratron
Thyratrons improved power systems, they could handle high voltages and act as a switch or rectifier. They could be used as a radio detector (in radar for example) and to convert AC to DC power. After 50 years they were replaced by thyristors (solid state).

Triodes are tubes which can be used in amplifiers, computers, radio receivers and transmitters and other things. Triodes were later replaced by transistors. This tube has a hot cathode in the center surrounded by a metal grid with the anode surrounding that. The cathode emitts electrons, and in the vacuum electrons freely flow through the grid to the anode. By energizing the grid negatively you repel more electrons, this means that less electrons can pass through the grid to get to the anode.

Klystrons were used in television, cold-war radar systems and radio transmission for many years, see our video with Rudy Dehn and colleagues at General Electric to learn about how they work.


Below: Video on how a klystron tube works

1880 - Thomas Edison discovered thermionic emission when experimenting with lightbulbs, he found electrons left the carbon filament and were attracted to a metal plate placed in a bulb with a vacuum.

1927 - Tubes make television possible, they are used in cameras, radio transmission and in the CRT television for display of the image.

1947 - The ENIAC computer was built. This first computer for general purpose use used thousands of tubes. The computer (below) weighed about 30,000 kilograms. It was made of crystal diodes, relays, resistors, capacitors and 17,468 vacuum tubes. 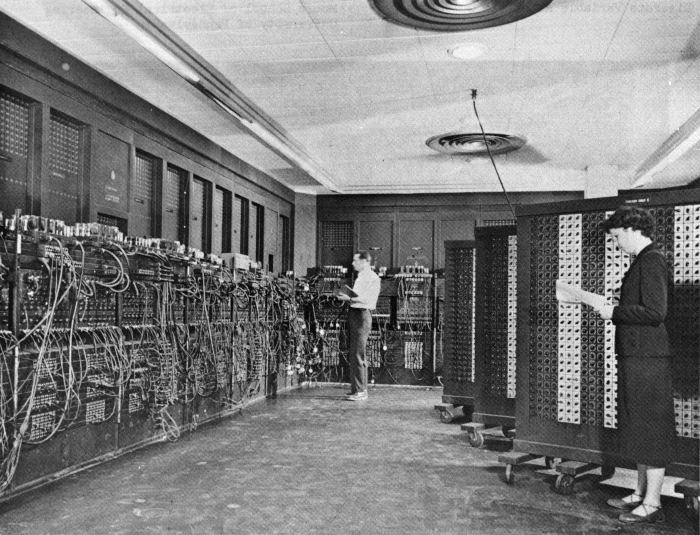 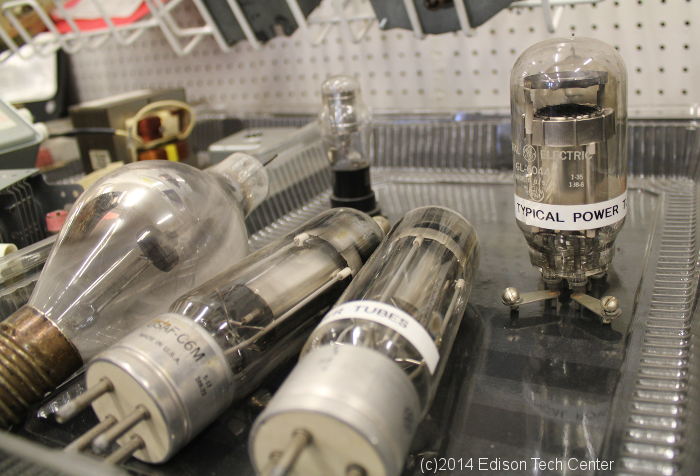 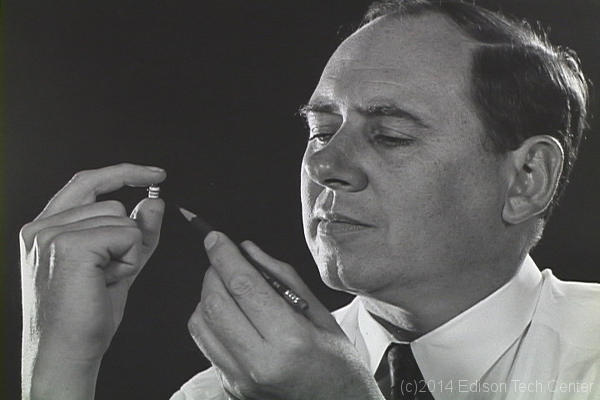 Above: In the 1950s General Electric management was excited when they started producing high quality vacuum tubes which were a fraction of the size of past tubes. By this time solid state was beginning to make many tubes obsolete and the new revolution in tubes never reached fruition.

1950s-60s - Most vacuum tubes were replaced by transistors in the west.


In the 70s and 80s tubes saw continued use in amplifiers and oscillators as they were more reliable at high power levels.

Above: what was an extremely expensive vacuum tube used in a professional video camera of the 1970s. There used to be one tube for each color with a prism to separate the red, green and blue. These tubes were replaced by charge-coupled devices (CCDs).

1990s-Today - Vacuum tubes are still used today.  Musicians still use tube amplifiers and claim they produce a different and desirable sound compared to solid state amplifiers.  See the video below showing the tube's use in  a guitar amplifier:

Below: Corbin Irvin at the Edison Tech Center showing tubes in a typical audio amplifier.

Vacuum tubes may make a comeback and replace standard microchips.  Engineers have been able to build a structure in phosphorus doped silicon and use nanotubes to build a switch.  These devices can operate 10 times faster than silicon transistors.

Let's see what the future brings!