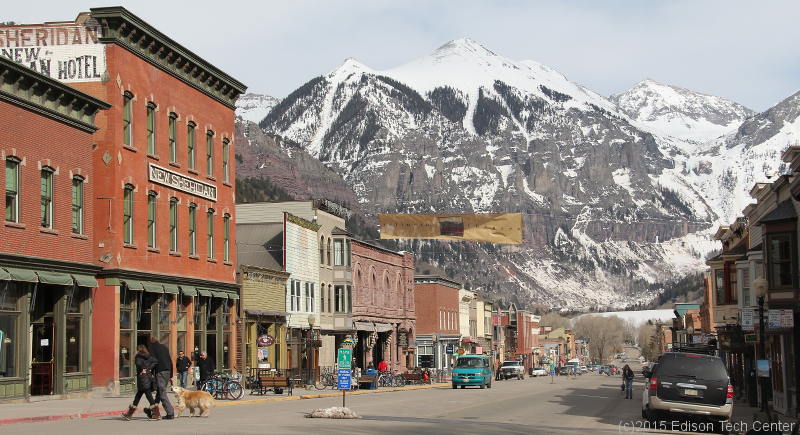 Telluride, Colorado was an important location in the history of mining in the American West and the Ames Power Plant was an important testing ground for  AC power in the 1890s and Westinghouse's success at Ames help result in it winning the landmark Niagara Falls power plant project of 1895. Other small historic hydroelectric sites like Smuggler-Union continue to operate in the region. Mining was capable of being a lucrative business which had the capital needed to support the high costs of building early electric power sites. The intense demands of mining have always pushed engineers to test the limits of electric power technology.

The Ames Plant ran on water power.  The original plant had one Pelton turbine supplying a generator.  It supplied the Gold King Mine with electric power from 2.5 miles away.  It is still in operation today and is run by Xcel Energy, although it has been upgraded with two Pelton turbines and a 3.6 MW generator.

Major Engineers of this site:


George Westinghouse's AC power team included geniuses Benjamin Lamme and Oliver Shallenberger. He also had bought rights to some of Nikola Tesla's patents. This plant was a chance to test new ideas and new designs.
More on the great engineers of the 1890s >

The Story of Ames:

Lucien L. Nunn was looking for a power source to run his mine.  Steam engines were getting more and more expensive to run since all the trees had been cut down in the region and fuel had to be brought up the mountains. He considered hydro power and asked George Westinghouse if he would build him a plant using the new AC system which could send power over distance without use of a very thick and expensive wire (which was needed for a DC system).

The system took a year to build and powered a 100 horsepower electric motor at the mine. Lightning was constantly damaging the system as Colorado gets frequent and powerful storms. The lightning arrestor had not yet been perfected for protecting power systems.

See this article by Alfred Hughes and Richard Rudolph with more details about the Ames Power Plant.

The plant sluiced water from Blue Lake in the valley above. The water is channelled into pipes and the output pipes can be seen in the photo above to the left of the plant going down the cliff. The plant stopped operating in 1953 and was placed on the National Register for Historic Places in 1979. It has since been restored to working order. 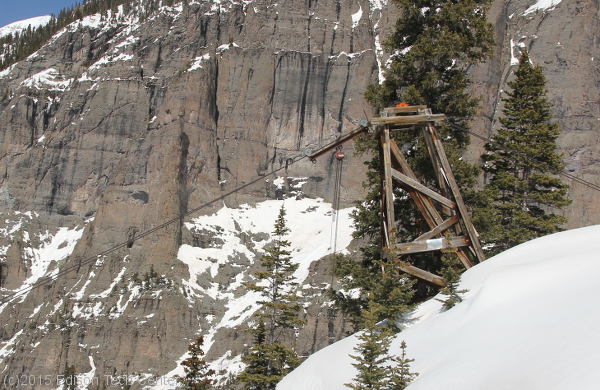 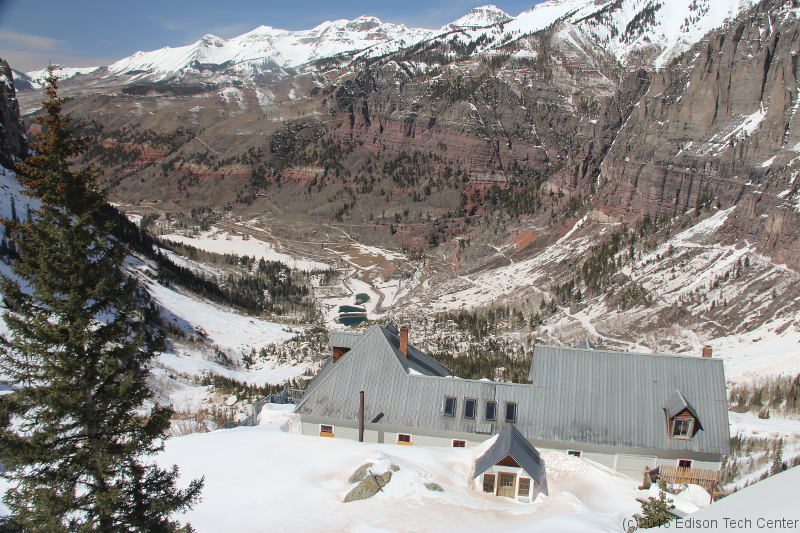 Hiking, skiing or snowshoeing up to this power plant is certainly worth the trip.