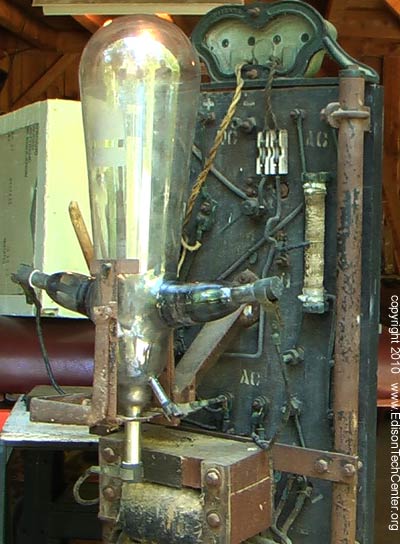 The mercury arc rectifier is used to convert AC to DC power. It was used before the invention of solid state devices called thyristors.

The mercury arc rectifier had uses from HVDC (high voltage direct current) to car battery chargers. They were used in New York City to convert AC grid power to DC power for use with the subway.

The mercury arc rectifier consisted of a glass tube with three or more electrodes. When a given amount of current would heat up and vaporize the mercury in the tube, the full power level could travel through the vapor to the other side. The effect on the AC power waveform is that it would chop off the beginning and end of the wave, and prevent current from traveling back through, effectively acting similar to a diode. The control panel could adjust cut off current levels, allowing more or less power through depending on what is needed. The mercury arc rectifier was robust and could handle high voltages. The age of the mercury arc rectifier ended in the 1960s with the development of solid state devices. Some mercury arc rectifiers were still in use in the NYC subway until the 1990s. For a while you could see one in operation at the Siemens Forum in Munich however before visiting it would be good to check and see if the display made it through the scheduled rennovations.

This mercury arc rectifier in the video below was the battery charger for E.W. Rice's 1903 Baker Electric Car which had original Edison Batteries before it was restored in 2010 with lead-acid batteries.

See the video of this device below: 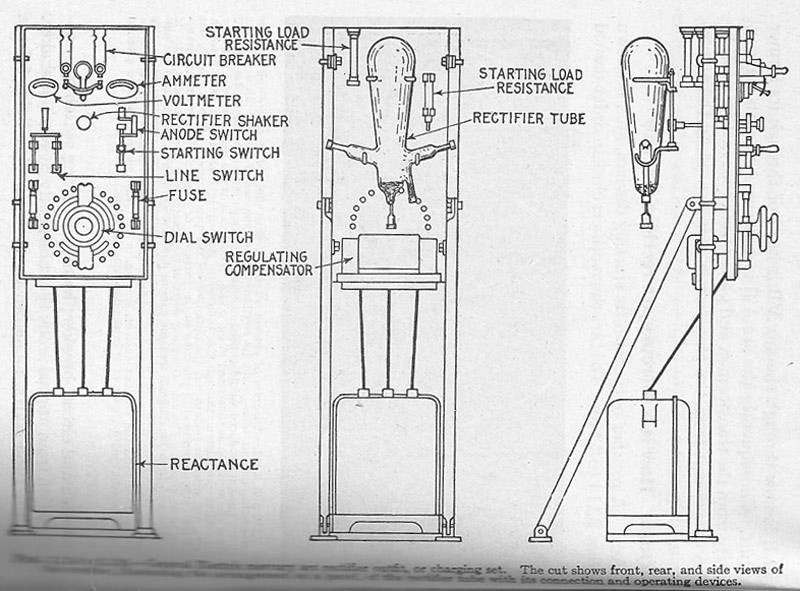 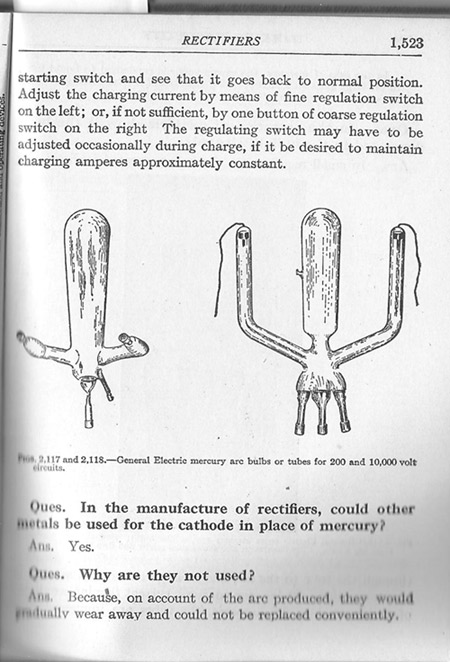 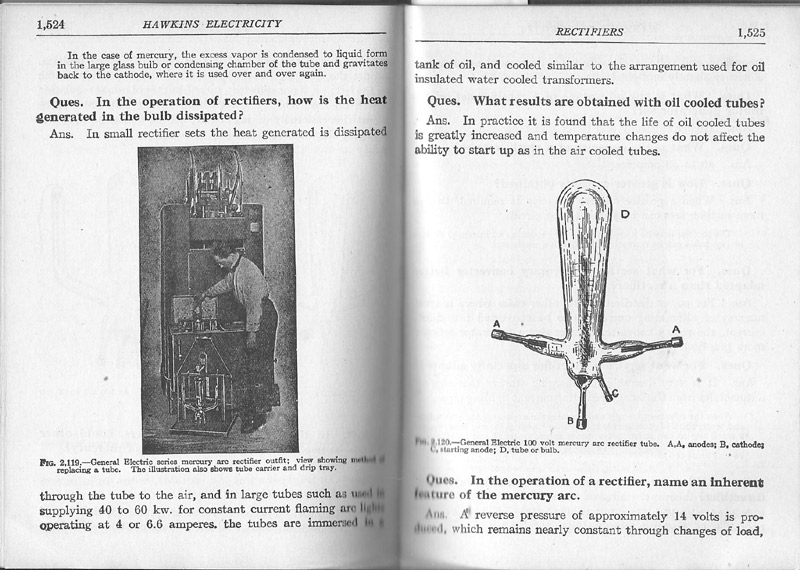 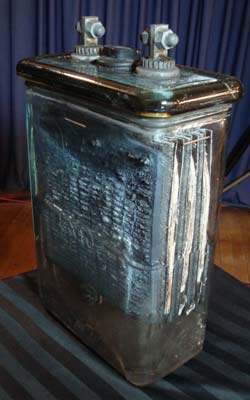